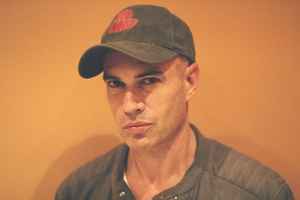 Real Name:
James Spratling
Profile:
Though he's one of the youngest members of the Metalheadz stable, James Spratling debuted back in 1993 with tracks recorded for the Planet Earth label. Similar to the other Metalheadz, Majik's 12"s are dark affairs, with some of the best drum'n'bass lines around, though he leavens the brew with jazzy flourishes, like the Spanish guitar prevalent on the flip side of his first single for Metalheadz, "Your Sound".
Living in Northwood on the edge of North West London, he began DJing in the early '90s while in his early teens and recorded "The Choice" aka "6 Million Ways to Die" in 1993 as DJ Dexxtrous. A couple more releases followed this time on his own label Infrared before the real DJ Dextrous became known to him, after which he turned to the alias J. Majik for his 1995 debut on Metalheadz, "Your Sound". The track was an undeniable classic, and later showed up on the Metalheadz Platinum Breakz compilation in 1996. Besides later singles for Metalheadz such as "Jim Kutta" and "Arabian Knights", Majik records for Mo'Wax as well as his own Infrared label, which released his debut LP, Slow Motion, in mid-1997.

After this he could put other anthems into the clubs: In 2002 James was one of a selected Drum & Bass artists to reach the UK Top 40 with the classic 'Love is Not A Game' on Defected records. In that same year he won track of the year at the UK Drum & Bass awards for his remix of 'Spaced Invader' which changed the direction of the scene at the time and created a new sub Genre called Liquid DNB, which had influences of early Detroit techno and subtle house influences.

February 18, 2021
"J Majik won Track of the year at the UK Drum and Bass awards for his remix of Spaced Invader which changed the direction of the scene at the time and created a new sub Genre called Liquid DNB". Who the hell wrote this crap, Fabio was playing that Liquid sound for at least 3 years before that.
Reply  See 1 reply Notify me 3 Helpful