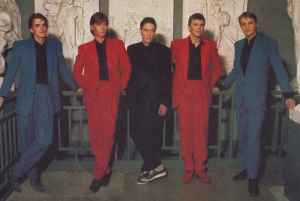 They signed a record deal with Icelandic label Steinar. Their biggest hit single was "Garden Party" (1983), taken from their fourth album (second international release) Surprise Surprise. It peaked at number 17 in the UK Singles Chart. The solo that takes place two minutes into "Garden Party", was created and played on the flugelhorn by English trumpeter, Stephen Dawson. "Garden Party" was later covered by Herb Alpert, at a slower speed than the original, apparently as he had learned the track from the single played at the wrong speed.[1] Another single, "Rockall" spent one week at number 75 in the same listing in June that year, and was used as a signature tune by several European radio chart shows.