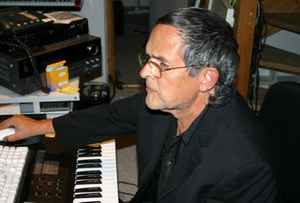 Real Name:
Kristian Wladimir Schultze
Profile:
German pianist, arranger and composer born 21 January 1945 in Frankfurt/Oder, Germany, died 22 November 2011 in Bad Tölz, Germany. Kristian Schultze was the son of Norbert Schultze — the composer of "Lili Marleen" — and Iwa Wanja, a famous actress and singer in her time. He grew up in Hamburg, Rio de Janeiro and Berlin, and got his musical education at Konservatorium and Musikhochschule Berlin, Wiener Akademie and Jazzschool Graz. He moved to Munich in 1968 where he worked as composer, arranger, producer and musician for various artists, for movies, television and theater. As a keyboard player, he joined the group Passport of Klaus Doldinger in 1973 he left the band In 1977.

In 1979, Kristian and Michael Holm started the studio project "Cusco". They produced 22 albums and semi-albums, and consistently charted near the top of the New Age charts.