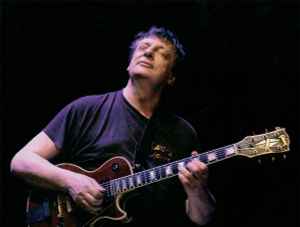 Coming from a musical family (his grandfather was first violin with the London Symphony Orchestra), he developed a musical ear from an early age. He took up the guitar after having heard George Brassens, and then started listening to all the great jazzmen of the period. Very soon he had the opportunity to meet some of them, and often play with them when they were performing in Belgium where his family had moved to by then.

July 20, 2009
It appears that Philip Catherine recorded an album with George Mraz (bass) and serge Delaitre (piano) in 1993. This album was called "Emotionnaly" and was edited by a label called OMD. This album has been reissued in 2000 by a French label called label Bleu. Both editions are very difficult to find. Has anybody got a copy of it?I can remember for listening this record once, that it was a marvel of friction, melody, groove and subtlety.
See 3 replies