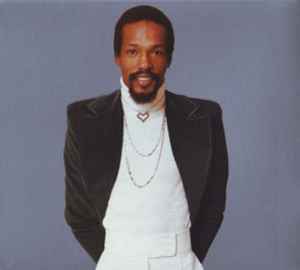 Real Name:
Edward James Kendrick
Profile:
American singer and songwriter, best known by the stage name Eddie Kendricks.
Known for his distinctive falsetto singing style, Kendricks co-founded the Motown vocal group The Temptations.
As a solo artist, Kendricks recorded several hits of his own during the 1970s, including the number-one single Keep On Truckin'.
He also founded the E. J. K. Records label.

May 8, 2020
Eddie’s Love. I just discovered this gem and wow! I can’t get enough of it! Eddie Kendricks has a voice that makes you stop, listen and know there must be a God because nothing, no one else could have created a voice so full of love and soul. Ooooo! Thank you Lord for giving the world such a gift. RIH EDDIE. I pray you, Paul, David, Melvin, Dennis, Ali-Ollie and Richard are blessing heaven just like you blessed us on Earth.

October 9, 2013
If you listen even remotely close, you will realize that Eddie Kendricks is the greatest vocalist to ever grace this Earth. He has a heavenly voice that is unmatched. His style is the best. He has the purest and coolest voice and I love him. You and David Ruffin were gone too soon and I hope you can be discovered by every human being so that we can have love all over the Earth. Peace and I hope your family can just live on knowing that he has touched me and many world wide in ways that can't be described.
See 2 replies