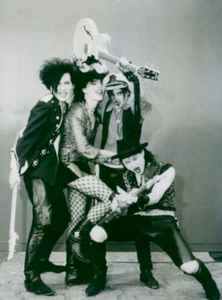 Profile:
Founded 1984 in Berlin, Marquee Moon soon developed into one of the driving forces behind German gothic.
The band’s name goes back to the title of the classic debut album of the NY band Television, as well as a line from a song of The Damned. They disbanded in 1997.