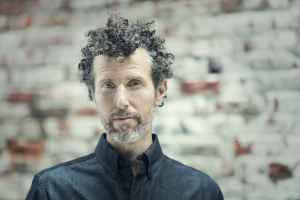 I really hate when people ask me about "idols" and "your most favorite artist", because I'm not a fanboy of anybody, just loving impactful and unique music. But if someone would hold a pistol to my head for finally telling one name: that's Josh Wink.
HE is the first electronic one I have ever heard in my kindergarden time; my father brougth home a poor quality, copied cassette tape which he got from one of his collegues: that was the "United DJs Of America Vol. 3 Mix". I instantly fell in love with the acid lines, the funkiness of analog house and the rawness of dark, minimal techno. It was the paradigm shift after everything I heard before and the time I decided that I want to be a producer when I grow up.
Since then, his "Profound Sounds" mix series (especially Volume 1 and Volume 3's first CD - which I was constantly listening to when I was in hospital with my Gilbert-syndrome, it gave me so much power), his "20 To 20" album (with enormous hits like "Fill Me With Acid", "516 Acid", "The Bass"); his goosebump interpretations for Depeche Mode's "Freelove", Radiohead's "Everything In It's Right Place", Tom Magan's "Chutney"; the ultimate anthem "How's Your Evening So Far?" born from Lil Louis' "French Kiss", and his psychedelic combo "It's The Machines" with Carl Cox; did heavy stamps on my taste as a listener and a producer too.
His mental, sudden tweaks, spiritual atmos, the sense for catchy grooves and his humbleness and modesty as a human are all beyond many ones out in the scene for me. All I can feel about him is gratitude for making me a stalwart underground kid and a passionate of house and techno music.
Hats off!

November 10, 2018
Check out this one-sided white-label bootleg by THE BLUE EYED DEVIL, aka JOSH WINK!

YES, it is the totally acid-fried 303 sequence from "Higher State of Consciousness" that makes this amazing mashup an utterly essential ("must-hear") for PRINCE fanatics!

Kills them everytime played out on the club decks!
Reply Notify me Helpful