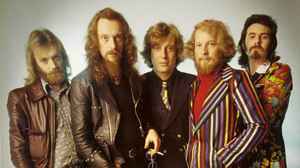 August 13, 2020
Because of all the interview-albums and so-called Transcription-lps the discographies of bands like Jethro Tull and Queen are a complete mess. It's starting to feel really chaotic and difficult to seperate the official releases from the others. And the transcription-lps are not even for sale, so they add absolutely nothing to the database. Maybe they can all be put in the section Miscellaneous.
See 4 replies