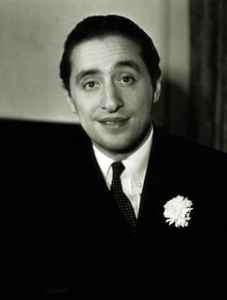 Active as a pianist and singer since the early 1920s, Arluck began songwriting using the name Harold Arlen in the late 1920s.

During the first half of the 1930s he often collaborated with Ted Koehler with whom he composed songs such as Between The Devil And The Deep Blue See (1931), Stormy Weather (1933) and Let's Fall In Love (1933). For the second half of the 1930s he mostly collaborated with E.Y. Harburg. It was with Harburg that he composed the Wizard Of Oz soundtrack, containing the classic song Somewhere Over The Rainbow (1939).

Arlen's common songwriting partner during the 1940s was Johnny Mercer. Together they wrote hit songs such as Blues In The Night (1941), One For My Baby (And One More For The Road) (1943) and Ac-Cent-Tchu-Ate The Positive (1944). Although he was less active in later years, he successfully remained composing well into the 1970s.