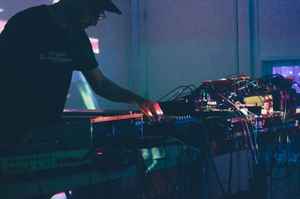 Real Name:
Ben Winans
Profile:
SF based electronic musician and DJ. Roche's sound is the sound of improvisation and spontaneity, the distillation of innumerable live sets and studio jams. Always experimenting and innovating: crafting the sonic glue of synthesized psychedelia and warm drums that recall his past as a producer of hip-hop and breaks, Roche links the past with the future.

In 2012, Roche dropped a pair of well-received 12"s, one for L.A.'s burgeoning 100% Silk
imprint and the other for Hieroglyphic Being's wonderfully weird Mathematics Recordings out of Chicago. His works frequently show his love for exploratory, long-form composition paired with classic
house and techno sounds.

Since then, Roche has been busy in the studio exploring new sounds, playing shows and DJing all the while. In that time he released a 12" single on Icee Hot, an 12" EP on Jacktone Records, a second 12" and a cassette EP on 100% Silk, a second 12" on Mathematics, and most recently a 12" on the Hobo Camp label. He's also amassed a slow-but-surely growing number of online mixes and self-released tracks on SoundCloud and YouTube.

As a DJ, Roche takes inspiration from his forebears like Ron Hardy, Hieroglyphic Being, and Theo Parrish — curating with fewer boundaries and wider selections. Most Roche sets include tracks from many genres, and are as unpredictable as they are inspiring.

For the past 3 years, Roche has been hosting Run The Length Of Your Wildness, a weekly party every Monday night in San Francisco. The party was launched by Roche and Cherushii (who was lost in the Oakland Ghost Ship fire — rest in power) and is now a collaborative effort with many local artists working together to make every Monday special.
Sites:
SoundCloud, Facebook
Aliases:
Ben Winans, Roche
In Groups:
Run The Length Of Your Wildness