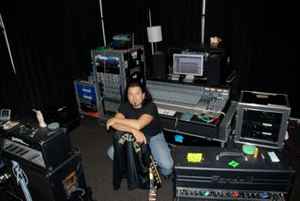 Profile:
Sound, recording, and mixing engineer, and Pro-Tools editor. He was involved in every Metallica record since 1996's Load, and from April 2003 to September 2018 he recorded and mixed all live shows for the LiveMetallica.com website. In September 2018 he announced his departure from the Metallica team.

He also worked with with The Cult, Tonic, Our Lady Peace, and Mötley Crüe.
Variations:
Viewing All | Mike Gillies
Michael Gillies