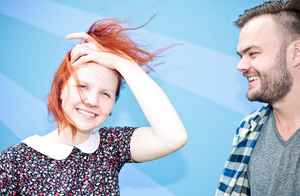 Profile:
Folk, Americana duo from Groningen, the Netherlands.
Harmen about the new album: “How will we behave when the 'end of the world' is suddenly imminent? "Celebrate" is not about the end of the world itself, but about human behaviour around the apocalypse. At the same time, it stands for leaving behind a chaotic, unpredictable time.”
Town of Saints started as a busking act in the summer of 2010, after Harmen Ridderbos and Heta Salkolahti met each other in the mountains of Austria. In the eight years that followed the band saw many shapes and forms and explored a myriad of musical styles, but now they seem to have come full circle.
Sites:
Facebook, instagram.com, townofsaints.tumblr.com, townofsaints.com
Members:
Harmen Ridderbos, Heta Salkolahti