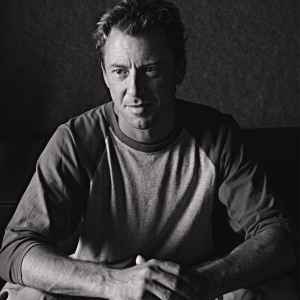 Real Name:
Charles Hugh May
Profile:
There are few more inspired artists working in electronic music today than Charlie May. As the architect behind many of the stylistic blueprint shifts in dance since the early heady days of acid house, May knows a thing or two about what makes a dancefloor tick. One half of revered progressive house pioneers Spooky; the engineer and producer of many of Sasha’s biggest singles and albums; highly respected solo producer in his own right, May has remained at the vivacious beating heart of house since the early ’90s, taking the pulse of the clubbing populace and ensuring it remains in rude health. From his first steps into the world of dance music as a starry-eyed, inspired raver attending London’s legendary Brain club nights in Soho, to his current position as the go-to guy for breathtaking, sonically adventurous technoid future dance, this producer and DJ has consistently blazed a trail of innovation which has underpinned many of the most important developments in electronic music.

It was in 1992 that Charlie May and production partner Duncan Forbes made their maiden voyage as Spooky. After meeting and becoming firm friends, galvanised by their love of the exploding electronic dance scene and classic Krautrock alike, they cut their first record for progressive imprint Guerilla Records, ‘Don’t Panic’. It was to prove highly influential in the nascent, futuristic new movement in dance music - progressive house - that took the highly addictive, propulsive rhythms of acid, and married them to the aquatic depths of Detroit techno and amniotic washes of ambient music, to create a fresh new hybrid. “From the start we were always really influenced by American house music,” remembers May. “Nervous Records, Strictly Rhythm, that kind of sound - mixing that with techno.” Along with fellow forward thinkers Leftfield, Spooky were heralded as figureheads of progressive house, and suddenly, with all eyes on them, were compelled to deliver an album that would deliver the same giddy thrills as ‘Don’t Panic’. But few could have predicted that May and Forbes would create such a sky-strafing and ambitious long-player as ‘Gargantuan’. Sampling the likes of Kosmiche pioneers Can, dipping into dub and all the while addressing both the dancing feet and head alike, ‘Gargantuan’ was one of the first dance albums of its kind, and would go on to spawn a million sound-alikes. Primarily because it was different: drawing on classic electronic elements and dragging them into the future, it stood apart from the crowd. “I’ve always been into pure electronic music, stuff like Moroder and Vangelis, so I think a bit of that went in there,” May recalls. The resonances of that album still ring euphoniously through much of dance music today; but back then, in the early ’90s, it was a clarion call, demanding budding producers to step their game up. And behind the crystal cut, slick sounds of it all was the production wizardry of Charlie May, whose tweaking and pitch-perfect ear was set to have a huge influence, both in front of and behind the scenes. It was the beginning of a career that would see Spooky touring the world. Not for them the same tired club PAs. Inspired by their times at Brain, a club which would encourage electronic artists to perform live, they created a show where the electronics, keyboards, and samplers could be manipulated in a live context, bringing an energy, tension and excitement to the stage that had never been seen before. High profile festival shows at Denmark’s Roskilde, Glastonbury,Womad, Phoenix and many more followed, and their fanbase grew exponentially. Their most critically acclaimed album – 1995’s ‘Found Sound’ followed – in the wake of three EPs (‘Clank’, ‘Stereo’ and 'Shunt') which mangled the musical blueprint, throwing hip hop beats, tech bass and sampladelic elements into the heady Spooky sonic signature. The duo became in high demand as remixers, reworking everyone from Sven Vath and William Orbit to Ultramarine and Lush. Post the success of the more experimental ‘Found Sound’, the act took a hiatus, and Charlie May went in search of a new project. Linking up with one of the world’s most acclaimed and technically skilled DJs, Sasha, he was drafted in to help him realise his sonic vision.

Their initial production collaboration was on a soundtrack to hit Playstation game Wipeout 3, and from there, Sasha tasked May with engineering a new version of unreleased Spooky track ‘Xpander’, which was included on the EP of the same name, along with another May/Sasha production, ‘Belfunk’. When producers needed that extra touch of production sheen, Charlie was the man, and when Sasha collaborated with former Underworld founder Darren Emerson on ‘Scorchio’, it was May co-writing and pushing the buttons. The acclaimed ‘Airdrawndagger’ album (2002) which became Sasha’s production calling card again featured May behind the boards (alongside Junkie XL), as well as the following Global Underground mix album ‘Involver’. But eager to step out of the shadows, May had all this time been honing his solo chops, and with the release of the fresh ‘Bug EP’ on Junior Boys Own London, he began to garner props as a producer in his own right. “I’m inclined to make my stuff a bit harder than the Spooky stuff. My solo sound is more techno, whereas with Spooky we’ve always blended the techno and house together.” Charlie’s solo incarnation was to bear further fruit in 2006, with the Charlie May vs. Sasha cut ‘Seal Clubbing’, a smash record for Renaissance.

Returning to the Spooky fold for a third album, ‘Open’, released in 2007, May and Forbes were embraced by the public and critics alike for fashioning a record of emotive dancefloor potency, which came accompanied with an additional ambient disc. After touring the US to promote the record, they found themselves in New York City, where they settled to collaborate with Sasha on a succession of new productions for the DJ’s fresh label Emfire – (‘Coma’, ‘Park It In The Shade’, ‘Mongoose’ and ‘Who Killed Sparky’). Of the back of these well-received cuts, the duo were brought in to assist with the production of ‘Involv2er’, the second volume in his DJ mix/remixes series. In 2009, Spooky have been hard at work on several new projects. A new double mix CD for Platipus due this June, ‘Tales 4’, will see them investigate both uptempo dancefloor material and electronica, with additional production elements. It will also contain two brand new Spooky tracks, exclusive to the compilation. In addition, there will be a succession of special one-off singles. But this will also be the year that Charlie May’s solo career really kicks into gear. Having etched several new club tracks, exhibiting a heavier techno influence, Charlie’s more inspired than ever, and has plenty of new plans. “I’ve just finished two tracks for La Tour, Pole Folder’s label, and I’m feeling my way around, getting back into the solo headspace really, which is cool. I’m also doing some new remixes, something for Glenn Morrison, with Robert Babicz (aka Rob Acid) and also for Bedrock. There’s so much cool techno stuff about at the moment which is really inspiring me. I wish I had more time to sift through it all!” He’s currently cutting several new tracks, both with Spooky and solo, and intends to focus entirely on honing his sound, which he’ll further shape with a new record label which will also launch in 2009 as an outlet for solo material. And for those hanging on for an artist album, it seems you might not be waiting too much longer… “I’m focusing on singles for a bit but I’d also like to do an album - its something I really want to do. That would be a big achievement. It’s all guns blazing really – watch this space.” Stepping into the spotlight proper with these releases, it seems that Charlie May’s time is truly now.

Top notch production and sound design skills, allied with a futuristic vision of sounds and melodies.
An electronic artist with no genre boundary.