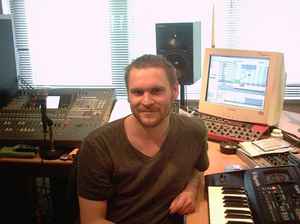 Profile:
This project is based on the album title of our most successful album - "Aestrata" by Tomas Weiss & Mathias Grassow.

This CD from 2009 was a pure Ambient/Space album including vast atmospheres and complex harmonic layers. Additionally, each track morphs into each other without the interruption of the typical CD-title gaps you may know from most other CDs.

Because we always pay attention to our customers tastes, we decided to move the "Aestrata" title into a whole new project name. Anything new released by "Aestrata" will retain the same strong depths and feelings found on the 2009 album. We will also keep for each new release the "no gap between titles" idea as we strongly believe it greatly increases the flow of the music. With any "Aestrata" album you can expect pure and complex Ambient Music, which has real meanings. The project is particularly created for late night listening explorations, deep relaxation and personal reflections.
Sites:
el-culto.com
Aliases:
Deep Colours, El Hadra, Precious Illusion, Tomas Weiss