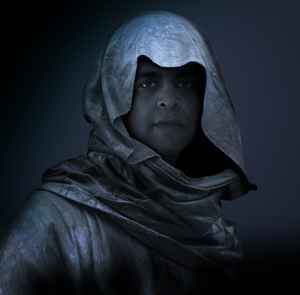 Real Name:
James Denham
Profile:
Jay Denham is the second generation Detroit Techno pioneer - musician, dj artist and producer from Kalamazoo, Michigan - city right in the middle between Chicago and Detroit. His style is a unique blend of these two worlds - Chicago House and Detroit Techno, with a Kalamazoo touch. He stays true to the underground, makes the music for the art of it and always remembers where he comes from.

Denham's solid musical background takes its roots in 70s, when little Jay opted for a four-string bass guitar over a six-string electric. By age 17, Jay has been playing high school party gigs with his rock band. During these teenage years, he developed a taste for punk and New Wave, though still influenced by funk acts like Rick James, Parliament, Cameo, Zapp, and later Prince and The Time, as well as by electronic music of Kraftwerk.

With the arrival of the 80s, Jay Denham moved on to the early detroit techno and further on to the chicago house, when he came across "Chicago Hot Mix" tapes and the revolutionary Farley Jackmaster Funk and the deep Frankie Knuckles. Immediately blown away by these new sounds, Jay started his pilgrimages to the Cradle of House music in search of records, religiously tape-recording the local radio shows he couldn't receive in his home town, Kalamazoo. A chance encounter with the legendary early House producer, Chip E inspired Jay to try to make this new music himself, and eventually to create his own sound.

The next significant encounter marked another step in Jay's career. At the Western Michigan University he befriended a certain Anthony Shakir, aka DJ Shake, who now runs Frictional records. Shake had a keyboard, Jay had a drum machine and it wasn't long before they were jamming together. Finally a breakthrough - full dedication, hard working and sacrifices paid off - Denham's early works captured the attention of Derrick May and Kevin Saunderson who released Jay's first EPs on Transmat off shoot label, Fragile and KMS label. The track "Rituals" which Jay released as Vice on the Techno 2 Next Generation album was quickly followed by the classic track, "Insync" released as Fade II Black.

The fruitful collaboration came to an end when growing stack of tracks eventually hit against the labels' limitations on releasing and Jay decided to go back home to his roots in Kalamazoo, where he worked with local producers and DJs, and continued to develop his unique sound.

In 1992, Jay Denham struck out on his own. He founded Black Nation Records and launched it with his seminal "Birth of a Nation" E.P. (allusion to the infamous and subversive Ku Klux Klan propaganda film of the same title), featuring tracks by Denham himself and as well as his colleagues - Fanon Flowers, Tony Ollie, Brett Dancer, and Chance McDermott. Black Nation's philosophy: driving underground grooves for the funk-conscious record buyer.

With the success of Black Nation relentless releases of pure Detroit Techno, Jay was able to refine his sound to what he describes as the funky techno sound.

After a while Jay decided to set up shop in Munich, Germany, where he worked with a local label Disko B. The label gave him carte blanche to express his creativity beyond the sound he was know for at the time, which gave the world the classic album "Synthesized Society", #2 album of the year 2000 according to the Groove Magazine.

Moving on to the European scene Jay expanded his style as a DJ. Famous for his dj skills, he conquered the fans with his brand of hot mixing, rocking 3 decks back in the day.

Over 30 years of career, Jay has recorded under aliases Blackman, Constant Ritual, Defenders Of The Ghetto, Fade To Black, Formula, The, Psychic Warfare, Que Sera Sera, and Vice, and has releases on numerous labels such as - Transmat, Fragile Records, KMS records, 430 West, Cosmic Records, Disko B, Federation Of Drums, Virgin 10 Records, Tresor Records, Cosmic recordings, Drought records, Parasound records, Sessions recordings, as well as on his own labels - Black Nation Records, sector 616 and slavery 2000. and has performed at festivals and clubs around the world - Movement Detroit, DEMF, Awakenings NL, Time Warp, Sonar festivals, as well as at Tresor Berlin, Rote Sonne Munich, Lost London, Nature one, Fuse, among many others.

The last few years Jay has concentrated on his productions with the release of several projects under the names Jay Denham - "Illustrate" E.P, "Jackulate" E.P, Mlackban E.P, and Defenders of the ghetto - "Jump out boys" E.P, "Garden Of Eden" E.P.

Celebrating 20 years of the label, Black Nation Records is relaunched with D.G. Hubbard as its manager, promoting younger generation of artists like Billy Johnston & Gennaro Mastrantonio, Tony Kasper, Jody Molina, Ray Nicholes, DJ Nova, Means And Ends, Cisco Arias, Luis Rosario, to cite but a few. With this fresh start the label will focus on the development of this generation of techno artists to insure the future and forward progression of this great art form.

Jay Denham is currently working on his new album and about to take off to spread his art and love of performing all over the world - to commemorate 25 years of his epic "Insync" release he is preparing a special tour.
Sites:
black-nation.com, SoundCloud, Facebook
Aliases:
Blackman, Constant Ritual, Defenders Of The Ghetto, Fade To Black, Psychic Warfare, Que Sera Sera, Swizzle Styx, The Dark Side (6), The Formula, The Groove Tribe, Vice
In Groups:
Mindstorm (3)
Variations:
Viewing All | Jay Denham
Denham, Denham, Jay, J. Denham, James Denham, James Kerant Denham, Jay, Jay Danham

June 2, 2022
Let's hope new releases from Denham, one of the most interesting names in techno.
Reply Notify me Helpful

January 15, 2022
Deserves so much respect.... 1964 EP, Blaze It Up and Praline Horse remix on Tresor, but his own label tracks are just sublime killers.
Tensions is an all time fave, and sits beautifully with the best of H&M at that time too.

Big Jay. What a diamond
Reply Notify me Helpful

April 14, 2020
Jay is one of the sickest true techno pioneers. No nonsense, in your face, kitchen sink with soul techno. His sound is classy, harsh, smooth and humorous all at once. Not every track is for everyone, but when he hits, it's genius.

May 31, 2017
Jay Denham's signature is a very deep, bassy kick drum with a long release. Sometimes it sounds like all the air is sucked out of the room. I don't mean it like a it's a bad thing. He really hit his stride in the late 90's, in my opinion, found his sound. He started to put his voice on his tracks. It was a good decision.
Reply Notify me 2 Helpful

October 8, 2016
LEGEND! People in the know respect his productions; soo many gems!
Reply Notify me 2 Helpful

April 1, 2003
See, the United States has someone to be proud of for Hard Techno! Actualy, we have a few and Jay is definitly one of them. His style is usualy very pounding and minimal with an element of surprise with the addition of inovative sounds. You a Hard Techno fan??? Check out Jay Denham!
Reply Notify me 4 Helpful