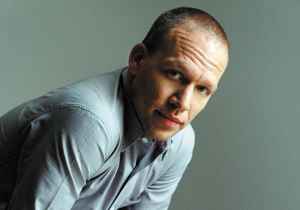 Real Name:
Avishai Cohen
Profile:
Born in Israel in 1970, Cohen began his musical studies on piano. The family moved to St. Louis for a while during his teen years, where Cohen picked up his passion for jazz, and switched to bass. After returning to Israel for a few years, he moved to New York in 1992, where he began making his mark on the jazz scene.

After attending both the New School and Mannes College of Music in New York, Israeli-born Avishai Cohen performed with such fellow students as pianist Brad Mehldau, and after taking lessons from bassist Andy Gonzalez, he peformed in a Latin jazz band that included Abie Rodriguez and Ray Santiago. Acquiring a deep knowledge and understanding of Latin Music and Jazz, Cohen got the call from pianist Danilo Perez to join his trio, and in 1996 became a founding member of Chick Corea's sextet 'Origin'.

Until late in 2003 Avishai was a member of the Chick Corea New Trio and has accompanied other jazz note-worthies, including Bobby McFerrin, Roy Hargrove, Herbie Hancock, Nnenna Freelon, Claudia Acuña, Paquito D'Rivera, and has recently made a studio recording with Pop-Soul artist Alicia Keys, and performed concert works with the London Philharmonic Orchestra, the Israel Philharmonic Orchestra and The Boston Pops Symphony.

He has been called a "jazz visionary of global proportions" by DownBeat and was declared one of the 100 Most Influential Bass Players of the 20th Century by Bass Player Magazine.