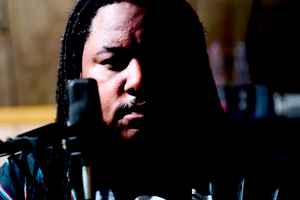 Real Name:
Michael E. Alston
Profile:
Malik is a lifelong Detroiter, as well as both a musician and a performer. He began as a singer at a young age, singing gospel at Hartford Memorial Baptist Church and in community choirs. Malik performed in several high-school groups, including his own vocal groups, Voices of Joy and Love. He has studied vocal music and electrical engineering at Wayne State University. Malik has acted and sung in several touring gospel plays. He has appeared as a featured vocalist with gospel and R&B artist Ortheia Barnes.

His poetry and music performances have been featured with the poetry troupe EmRuop and in concert with the Last Poets, Gil Scott-Heron and Jessica Care Moore.