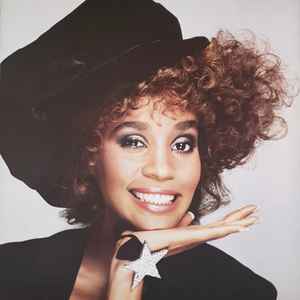 Discovered by Michael Zager when she was 14. Indeed, Whitney sang with her mother Cissy Houston on the track "Life's A Party" of The Michael Zager Band. Whitney made her TV debut April 29, 1983, on "The Merv Griffin Show." The 19-year-old singer had just signed a recording deal with Clive Davis and Arista Records and performed the song "Home" from the "Wizard of Oz" musical "The Wiz." After her performance, Davis and Griffin both embraced her.

Married to Bobby Brown on 18 Jul 1992, but separated in October 2006 and divorced 24 April 2007. The marriage produced a daughter, Bobbi Kristina Brown.

Houston appeared in a number of films. Her first starring role was in "The Bodyguard" (1992), the soundtrack of which won the 1994 Grammy Award for Album Of The Year. Houston's single from it, "I Will Always Love You" (a Dolly Parton cover), became one of the best-selling singles in music history.

Houston was the daughter of soul/gospel singer Cissy Houston and cousin of Dionne Warwick and Dee Dee Warwick. Her godmother was Aretha Franklin.

March 15, 2021
This woman has such a powerful angelic voice! RIP Whitney!
Reply Notify me 1 Helpful

January 22, 2021
We miss you Whitney Houston! The Queen of "I Will Always Love You"!
Reply Notify me 2 Helpful

September 1, 2015
Amazing,where is this womans back catalogue remasters,heard several years ago, how the vaults contained a plethora of music that this woman had made but was never released, especially from her golden age,1985 & 1988,the vaults are filled with her music yet it seems the fans will never hear it.......its quite scandalous to do this to her memory and fans,release this music for her fans,
Reply  See 2 replies Notify me 7 Helpful

again a falling star , a great artist just leave !
your fans will never forget you!!!!!
Rest in peace and God bless you

11 February 2012 A sad day of the world history.. One Queen of the voice and beautiful face leave us forever..
God bless You, Whitney .. I Miss You..