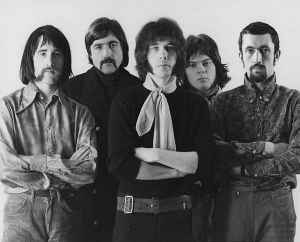 Profile:
East Of Eden were formed in Bristol by Dave Arbus, Ron Caines, Geoff Nicholson and Geoff Britton. They relocated to London in 1968 and were signed to Decca's progressive rock label Deram, releasing their first album "Mercator Projected" in 1969.

East Of Eden were one of a number of groups who performed at the relocated Actuel Festival (October 24-28, 1969) at Mont de I'Enclus, Amougies, Belgium.