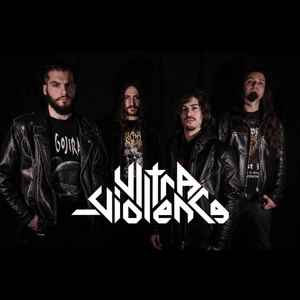 The band signed with the Italian label Punishment 18 Records in 2012. They released their debut EP "Wildcrash" in the same year and their first album "Privilege To Overcome" one year later. The album received positive approval from all over the world and was included in a large amount of magazines and websites as one of the best thrash metal albums of 2013. That led them to play a good amount of live shows in Europe catching the ear of English extreme metal label Candlelight Records and soon after the band agreed to join them.

Their second album "Deflect The Flow" was released in 2015 taking the band to a new level and expanding their fanbase. One month later they played at Metalitalia.com Festival in Italy on the same stage as bands like Testament, Exodus, Fleshgod Apocalypse and Onslaught.

In 2016 they faced their first lineup changes as their former bass player Roberto "Robba" Dimasi and former drummer Simone Verre left the band. It took months to put the new lineup togheter but this allowed the band to come back stronger and more determined than ever before.

Right after that Ultra-Violence were back on the road playing shows and festivals all around Europe supporting bands like Discharge, Angelus Apatrida, Tokyo Blade and Rotting Christ. They also reached Japan for a couple of shows with Skull Fist.

The band's new album "Operation Misdirection" will come out on July 2018 via Candlelight/Spinefarm records.