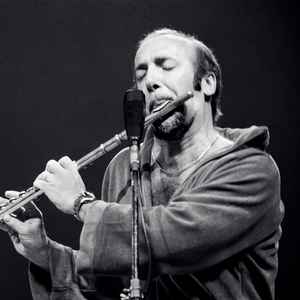 Herbie began getting involved with the newly emerging disco scene when he covered LTG Exchange's "Waterbed". It's a very funky instrumental with a great bassline. From this album he also covered "Hijack" by Barrabas. This became popular in the early disco scene in the UK and was one of the very first 12" promos ever pressed in Europe.

September 19, 2020
Someone has changed all of the appearances in groups (Herbie Mann's Nonet, Herbie Mann Trio, etc.) to his "real name" Herbert Solomon, which has removed those groups from the "In Groups" list above, which means you can't find them in his discography. Solomon is an alias; he did not appear in any of these records under that name. If you look at Herbie Mann's Nonet, it says "Herbie Solomon" is the member, but if you click on it, you get his sole writing credit, and you have to click through again to get to the Herbie Mann page. This is terrible and needs to be fixed. Herbert Solomon is not a musician (except for that one credit); Herbie Mann is. That's the name on the records.
Reply Notify me 8 Helpful

April 10, 2019
Herbie Mann is one of jazz's most versatile flautists. It's amazing the range of music he played over the decades, from disco to bossa nova the mann has done it!
Reply Notify me 2 Helpful