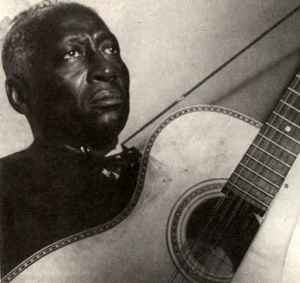 Though many releases credit him as "Leadbelly", he himself wrote it as "Lead Belly", which is also the spelling on his tombstone.

According to Huddie Ledbetter himself and his grave stone, his alias is "Lead Belly", not Leadbelly.