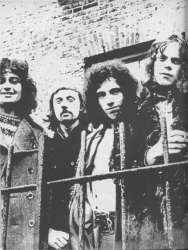 Profile:
Progressive rock band. Formed in London, England in late 1969. Rare Bird was originally formed around the principle of keyboard dominated progressive rock, shunning the use of guitars.

Their eponymous debut album achieved critical success. Releasing five albums in total, they never achieved commercial success. They dissolved in early 1975, victims of a lack of recognition in their own country.

May 26, 2011
Just listened to the song "Sympathy" while adding that singel here. Wowsa, it still gives me the chills, it just can't get better then this. Sure it's old but the feelings are still there inside the song and are as strong as when released. I recommend you to listen to it so you don't miss out on a wonderful piece :-)
Reply Notify me 6 Helpful