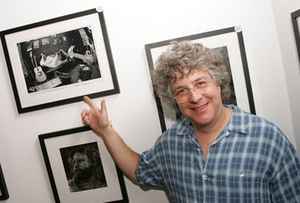 Real Name:
Joel Bernstein
Profile:
Acclaimed photographer who worked with various well-known artists notably Joni Mitchell, Bob Dylan, Neil Young, David Crosby, Stephen Stills and Graham Nash.
He also played and sang on several of their albums and during concert tours.
His work has been used on many album covers of which some were nominated for a Grammy Award for Best Album Cover.
He currently works as archivist and co-producer of cd and dvd releases for some of these artists.
Sites:
joelbernstein.com
Variations:
Viewing All | Joel Bernstein
Bernstein, Joe Bernstein