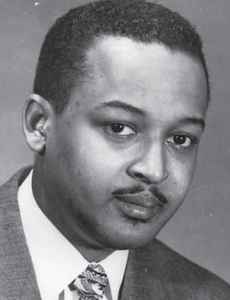 Glover's career began as a young trumpet player through high school and college before he joined Buddy Johnson's big band in early 1944 on Decca. It was with Lucky Millinder's orchestra, as both a musician and arranger in early 1945, that Glover met King Records founder Syd Nathan, who hired him as an A&R man. The label became an early pioneer in the cultural and racial integration of American music, from blues and R&B to rockabilly, bluegrass, western swing, and country.

Glover co-wrote "Blues Stay Away from Me" with The Delmore Brothers, covered by Bob Dylan, and became one of the first black producers of country music with his input on "The Hucklebuck" by Rama's Paul Williams. A 1948 Glover instrumental became the theme tune "Moondog", used by DJ Alan Freed. At King Glover had a run of recordings on its independent Queen Records label before it merged with King at 1540 Brewster Avenue, where Glover then began a series of successful blues fusion/R&B signings and recordings, later moving on to create Jay & Cee Music publishing and to control King's New York operations.

It was in New York that Glover departed King to join Morris Levy's Roulette Records label in 1958, helping revive the Gee label and introduce R&B to Roulette with the likes of Sarah Vaughan and Ronnie Hawkins. He helped The Hawks (2) produce singles as a new Canadian group, which evolved into The Band. In 1961 Glover had a co-writing hit with "Peppermint Twist" and for a period in the early 1960s Glover managed his own label, 'Glover', recording Louisiana Red and Titus Turner among others. Back with King, after Nathan's death in 1968, Glover ran the company- now much reliant on James Brown's work- until its takeover by Starday Records.