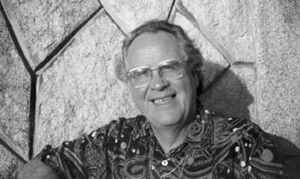 Profile:
Jos Wuytack was born in Gent, Belgium, on March 23, in 1935. He earned his degrees of composition, piano, organ, and pedagogy at the Lemmens Institute, University of Louvain, where he became Professor of Music Pedagogy. He has also taught at the Music Institute of Namur, Belgium, the Music Conservatoire of Tilburg, Holland, and the Music Institute of Active Methods of Lyon, France, and was guest Professor at the University of Southern California, Los Angeles, U.S.A. Throughout his international career as music educator, Jos Wuytack has developed an active and creative approach to music education based upon the principles of Carl Orff, who recognised Wuytack as a leading figure in this approach (Orff Schulwerk). He has been often invited by European and American universities, and has taught over one thousand courses and workshops for music teachers, in 50 different countries in Europe, Africa, America, Asia, and Australia. His widespread activity in the training of music teachers has significantly contributed to the development of music education at international level. In 1996 he received the Pro Merito Award from the Carl Orff Foundation in Münich, Germany, for his meritorious work in music pedagogy.

One of his most original contributions to modern music education, his system of Active Music Listening and Appreciation, has been edited in Flemish (1972), French (1974), Portuguese (1995) and Spanish (1996), and has been widely used in Western Europe and North America. He has composed a wide range of vocal and instrumental works for choir, recorders, percussion and orchestra, some of which have been edited by Harmonia Mundi. He has published various articles and books on music education, in several countries, and his songs for children have been translated into six different languages (Flemish, French, English, Portuguese, Spanish, and Chinese).
Sites:
awpm.pt, osdiscography.com
Variations:
Viewing All | Jos Wuytack
J. Wuytack, J.W., Jos Wuytach, Jos. Wuytack, Wuytack