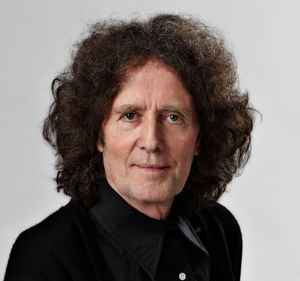 Real Name:
Raymond Edward O'Sullivan
Profile:
Gilbert O’Sullivan is an Irish male singer-songwriter, born on the 1st of December 1946 in Waterford, Ireland. In 1958 at the age of 11 he moved with his family to Swindon in England. Than he started to play guitar, piano and drums. He played drums in his first band The Doodles, and left them to join The Prefects, but also this was not for a long time. After finishing Swindon Art College, Gilbert moved to London in 1967 to try and further his musical career. From 1967 he start releasing singles. His success came slowly.

After beginning his musical career during the late sixties, playing in various local bands, he had two of his songs recorded by 'The Tremeloes' in 1967 under the credit of 'R O'Sullivan'. He has received three 'Ivor Novello Awards', including 'Songwriter of the Year' in 1973 and is also credited as being one of the first artists to bring about the practice of 'sample clearance', after successfully suing rapper 'Biz Markie' in 1991 who had used a part of Gilbert’s 'Alone Again (Naturally)' song without permission.

In total, 11 LPs have charted (Top 100) with four achieving 'Top 10' placings and the album 'Back To Front' hitting the coveted No.1 spot in the UK in January 1973. In all, his LP chart success has gained him over 200 weeks in the UK music charts to date.

March 13, 2019
Gilbert is a brilliant composer, pianist and singer. I always enjoy listening to him.
Regarding the below, he can't be blamed for anything. of course Biz Markie wanted to sample Alone Again for talk over it. initially Biz Markie and his label asked for permission, after being refused they went on to release it anyway. hence the lawsuit.

January 31, 2013
Can be blamed for sueing rap artists for samples ( Biz Markie - Alone again naturally ) this lead to Rap and Hip-Hop artists getting huge problems in clearing new releases . De La Soul being the best example , this only helped to destroy old school hip hop and results in the kind off stuff passed off as hip hop today .
See 3 replies