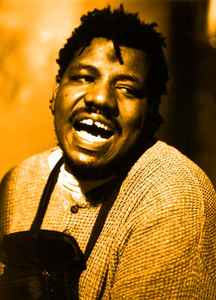 Profile:
Wesley Willis (born May 31, 1963, Chicago, Illinois, USA – died August 21, 2003, Skokie, Illinois, USA) was an American singer-songwriter from Chicago, known for his simple but unique music, with emphasis on his humorous, bizarre, and sometimes obscene lyrics. A diagnosed chronic schizophrenic, Willis gained an enormous cult following in the 1990s. In addition to his large body of solo musical work, Willis fronted the punk rock band The Wesley Willis Fiasco. He was also a visual artist long before his forays into music, and produced hundreds of intricate, unusual, colored ink-pen drawings, most of them of Chicago streetscapes and CTA buses. On August 21, 2003, at the age of forty, Willis died due to complications from chronic myelogenous leukemia. At the time of his death, he had recorded over 1,000 songs.
Sites:
wesleywillisdotcom.com, alternativetentacles.com, Bandcamp, Wikipedia
Aliases:
Wesley Willis And The Dragnews
In Groups:
The Wesley Willis Fiasco
Variations:
Viewing All | Wesley Willis
W. Willis, Weslley Willis, Wessley Willis

He makes my life livable.

June 9, 2010
I can't believe no one has commented on Wesley Willis but then, what is there to say? I had the fortune of living in a hostel where he lived when I moved to Chicago in '98, and I have a few remotely entertaining Wesley stories. As time marches on, though, what I'm left with is a genuine appreciation of his spirit. I don't think anyone who has ever bought a CD or poster from him or got the infamous head-butt can say they haven't been in some way affected by his child-like spirit. I was fortunate enough to see him almost on a daily basis for a couple of months at a very strange and uncertain time in my life. Obviously, there was another side (or three) to Wesley, but if I could only remember to put on something like his rendition of "Girls On Film" whenever I get "in a mood", life would be much easier. We could all learn a little something from Wesley...there may be demons yelling at you, but there is always another harmony joy bus ride around the corner. Rock over London, Rock on Chicago...