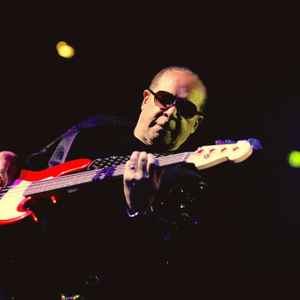 He started in the disco scene, moved on to the electro style in the 80s, and is arguably most famous for the bounce sound of "Bounce, Rock, Skate, Roll" as well as the house track "Break 4 Love" under his reintroduction as RAZE.

In his early years Vaughn Mason was recording, engineering, producing and managing bands when he went to Howard University in 1969. In the mid 70's he was managing and doing live sound for the band "21st Century" out of Harrisburg PA as their sound company. The group BT Express from Brooklyn New York came to Harrisburg PA riding on their hit song "DO It Till Your Satisfied". The 21st Century was hired to open up for BT Express. BT Expresses manager, King Davis asked is if Vaughan would let them use his sound system because they came with a PA that consisted of some Sam Ash columns. BT Express members loved the live sound Vaughan produced for them and hired him as their sound company. Vaughan traveled the US and Japan with BT Express. Eventually BT Express put Vaughan in their act. Columbia records executives came to the Naussau Colleseium in Long Island to see BT Express because Vaughan Mason was billed as a black Alice Cooper. Vaughan used an eight foot reticulated python in his act. Because of Vaughan BT Express got signed to Columbia Records. King Davis told Vaughan five years after the signing.

Vaughan Mason & Crew is an American funk and post-disco based group, best known for their single "Bounce, Rock, Skate, Roll", which reached #5 on the US Billboard Hot Soul Singles chart in 1980, riding the crest of the roller disco wave that was popular at the time. In 1981, Vaughan Mason released the single "Jammin' Big Guitar", which charted at #65. "Bounce, Rock, Skate, Roll" has since been used in various samples by The Game, De La Soul, Mr. Magic, Heavy D, and Lil Kim to name a few.

In 1979 Vaughan had an idea to write, produce and engineer a song about roller skating. According to the Wall Street Journal in the summer of 1979 they were selling 300,000 pairs of roller skates a month. Vaughan Mason called down to John Freeman a fellow recording engineer in Washington DC to request that he supply a bongo player, guitar player, lead vocalist and John to play the keyboards for the song "Bounce Rock Skate Roll" and Vaughan supplied the drummer. Vaughan had written the music and the hook while the male vocalist Jerome Bell came up with the verses. Vaughan gave the drummer a share of the writers credit even though he did not write any part of the song. After recording the record Ray Daniels vice president of Brunswick Records offered Vaughan Mason a recording deal.

There was no band just Vaughan Mason and a crew consisted of musicians he would put together when the time was right to perform on tour. Jerome Bell was the only person other than the drummer to want to go on the road when Vaughan was approached by Norby Walters Booking Agency to go on tour as the opening act for Prince and Rick James. In 1980 Vaughans' second single on Brunswick Records was the song "Roller Skate" that he wrote with Jerome Bell. The song started climbing up the Billboard Singles Chart until Billboard realized it was not a single it and it was part of an album.

Vaughan went into the studio outside of Atlantic City, New Jersey and played the drums and wrote the music and lyrics to the song "Jammin' Big Guitar." He hired musicians to learn the song and go back on tour.