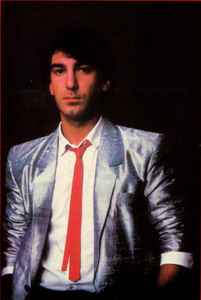 Composer, keyboard artist & producer Michel Mulders founded Spectral Display in 1980. He was signed by EMI to start working with lead singers and lyricists. He found a successful collaborator in Henri Overduin, who wrote most of the lyrics and also wrote and performed the vocals on their first hit single "It Takes A Muscle To Fall In Love".

In 1981 their first album "Spectral Display" was recorded in Michel Mulders' private studio. Recording Equipment was provided to record the first album: It was released in 1982.

In the Summer of 1982 "It Takes A Muscle To Fall In Love" was released in 13 countries. First in Holland and Italy, followed by France, Germany, Spain, the UK, Belgium, Australia, New Zealand, Japan...

In 1982 EMI again provided Spectral Display the recording equipment needed to record their second album " Too Much Like Me" , which was released in 1984.

They are currently (April 2009) working on new songs.