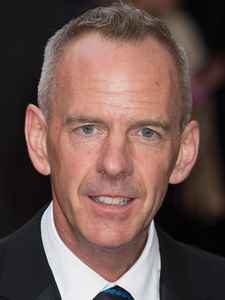 Cook adopted the new pseudonym Fatboy Slim in 1996. The Fatboy Slim album and Cook's second solo album Better Living Through Chemistry (released through Skint Records) contained the Top 40 UK hit, "Everybody Needs a 303".
Fatboy Slim's next work was the single "The Rockafeller Skank", released prior to the album You've Come a Long Way, Baby, both of which were released in 1998. "Praise You", also from this album, was Cook's first UK solo number one. Its music video, starring Spike Jonze, won numerous awards.
In 2000, Fatboy Slim released his third studio album, Halfway Between the Gutter and the Stars, and featured two collaborations with Macy Gray and "Weapon of Choice", which also was made into an award-winning video starring Christopher Walken.
In 2003, he produced Crazy Beat and Gene by Gene from the Blur album Think Tank, and in 2004, Palookaville was Cook's first studio album for four years.
Fatboy Slim's greatest hits album Why Try Harder was released on 19 June 2006. It comprises eighteen tracks, including ten Top 40 singles, a couple of Number Ones and two exclusive new tracks – "Champion Sound" and "That Old Pair of Jeans". Most of the songs were shortened and heavily edited, resulting in almost fifteen minutes of unused space on the compact disc release. (wikipedia - edited)

Not simply a DJ, Norman Cook has surpassed this role as a producer whilst using one of many aliases; the chief one being Fatboy Slim.
Many UK DJ's have managed to crossover to a large extent in the US and beyond, however Norman Cook, under alias Fatboy Slim, has done much more than this.
Rather than being a faceless behind the decks head-down DJ, Norman's exuberant character whilst performing on the decks simply takes any audience with him regardless of the country or culture he is playing to.

His devotion to his chosen place of residence, Brighton, is legendary, even donning "I Love Brighton" T-shirts on occasion. Despite massive pressure to go wholly with a major label, he continues to stick with his original Brighton-based label Skint Records. He also has put-on two massive free beach parties on Brighton beach, as a thanks to the love and respect fellow residents of the city have given him.
On New Years Day 2007, he held the third beach event. Whilst it was forced to be scaled down and ticketed --due to Brighton City Council's heath & safety concerns-- this event shows his devotion to Brighton remains undiminished.
He staged a fourth event on Saturday 27 September 2008, "Big Beach Boutique 4" for Brighton residents only, just in time for the end of summer.
Sites:
fatboyslim.net, astralwerks.com, Facebook, MySpace, Twitter, Wikipedia
Aliases:
Attack Hamster, Charlie Stains, Cheeky Boy, Chemistry (4), Norman Cook, Quentox, Son Of A Cheeky Boy, Sunny Side Up, The Feelgood Factor, Urban All Stars, Yum Yum Head Food
Variations:
Viewing All | Fatboy Slim
Cook, F Slim, F. Slim, F.Slim, Fat Boy, Fat Boy Slim, Fat Boy Slim 99, FatBoySlim, Fatbot Slim, Fatboy, Fatboy Alim, Fatboy Clim, Fatboy Fat, Fatboy Slime, FatboySlim, Fatboyslim, Norman Cook, Slim, Slim Boy Fat

January 19, 2022
FBS should definitely get all her Majesty's Sir / Lord / His Dudeness titles ASAP !

April 5, 2018
The man who was my introduction to the world of big beat, house, and DJing. From "Rockefeller Skank" to "Where U Iz", he has made tracks that are fun to play. Even his remix/other moniker work is gold.

After all these years, he's still going strong.

Thank you Fatboy. Thank you.

Here is a guy who is all about the party. We'll come onto his music in a bit. The guy has a lot of personality, he's not po faced, he is a great showman. Hell, some of the shirts he wears have more personality than some of his DJ peers. As a DJ, he is very, very good. He's not cool, not upfront or up himself and he's not that amazing technically - but who cares? He just plays records to make people dance and usually himself too. He was particularly mindblowing in the old Big Beat Boutique/Heavenly Social days (he used to be resident there with the Chemical Brothers - whom he inspired! - also, imagine having those as your residents!!!) when the whole "big beat" sound was big around 1998 time. Recently, i feel he's not as fresh as what he was however.

His music? Well, up until "Halfway Between The Gutter And Stars" LP, his music was great. After that, he kinda doesnt know what he wants to do with himself. He's trying to follow the trends.

On his early work he's kinda like DJ Shadow, only not as serious. It's that old British sense of humour shining through which seperates them. You have to hand it to Fatboy, he certainly knows his funk and obscure rock. He definately has an ear for a nice sample. His early remixes he did and the first 2 LP's were fantastic. I think the best tune he ever did was a b-side though - "Sho Nuff" (b-side to "Praise You"). I heard this on a live broadcast from Radio 1 in 1999, i had to smile to myself, and the tune always does make me smile. It's such a great dance tune, and just leaks what to me, Funk is all about.

I think you'd be hard pushed to find anyone who's attended a Fatboy gig and not had laugh, a bit of a dance and acted a bit silly and had a damn good time - which at the end of the day, is what this dance malarky is all about isnt it?
See 1 reply

Fatboy Slim (Norman Cook) is probably the most well-known DJ/Dance Producer to the average joe, and one of the longest-running too. Started DJing in the late 1970's, but began his mainstream success in Indie group, "The Housemartins", as the Bass Player. As he was crap at playing traditional instruments, Norm dumped the bass for the turntables, doing various remixes, and later formed Beats International around 1990. He was also in other outfits including Pizzaman, Mighty Dub Catz, Freakpower etc.

But his main success has been the super-popular sample-heavy Big Beat madness, that is Fatboy Slim. Tunes full of silly vocals, heavy drums, acid squeaks, and riffs from obscure Rock and Funk records.

As a DJ, he is pretty good (Amazing during 1996-1998, AKA the Boutique days), and his "On The Floor At The Boutique" CD is highly reccomended.

His productions however, While Better Living Through Chemistry is more underground-y, his most (in)famous album, You've Come A Long Way Baby is a must have for good crossover dance music.

As Big Beat's popularity declined when the 2000's kicked in, Fatboy became a refugee of the genre, and is one of the few artists (one of the others being collabarator Freddy Fresh) still making Big Beat today.

January 20, 2003
The end goal of every artist is to be successful; unfortunately alot of people equate success to selling out. Well if your selling out every show you play then your doing something right. Good and bad are opinions, in my opinion Norman Cook is great at what he does and I for one like his music. In the end if you like what you hear you'll listen if you don't like it you can always turn the channel or turn it off.

I agree that 'You've Come A Long Way, Baby' is an excellent album. If people can't appreciate the talent of Norman Cook, and just what it takes to have the ability to make this music, that's their problem, not the artists'. Not everyone has the same taste in music, but to say that music is no good just because you don't like it is shameful in itself. Fatboy Slim is a great artist, producing a wide variety brilliant music.