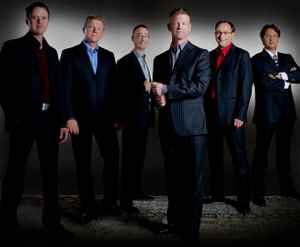 Profile:
Swedish vocal group with roots in Helsingborg. The group, which mainly sings a cappella, was formed in 1988. Several of the members have a background as barbershop singers.

The repertoire is mainly own arrangements of pop and rock music, combined with humor and an active audience contact. Vocal Six is involved in extensive concert activities, both in Sweden and abroad, where the group has performed in Taiwan, the USA, the Netherlands, Ireland, England, Estonia and Austria, for example.