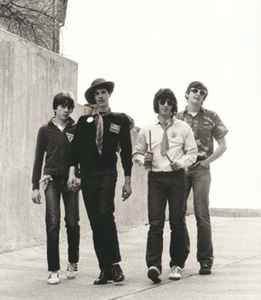 Profile:
New-wave post-punk formation born in December 1978 originally with the name Bread & Bullshit Boys, changed in Fhedolts after the change in the line between Adolf Spitz (who formed Mess) and Peter Punk; led by the electric singer David Kirby. Fhedolts were part of The Great Complotto's second generation. Proof of their activities can be found on an EP included in the Onda 400 fanzine ('Monsters In The Disco', 1980) and on the LP The Great Complotto Pordenone ('Stimolation' / 'Earthling', 1980). After the split in 1982, David Kirby formed Dance Diagram.