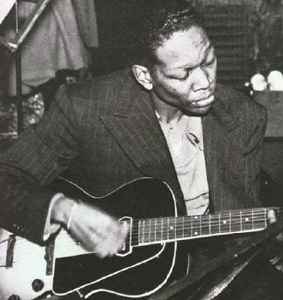 Career began with occasional gigs as a bass player in various combos around Oklahoma in the early days of the Depression. He spent more than a year with pianist Alphonso Trent's sextet, which played in Casper, Wyoming, and Deadwood, South Dakota. Early inspiration for Christian came from Lester Young, who came to town with Walter Page's Blue Devils to play the season at the Ritz Ballroom in 1931. The Ritz was a white ballroom, and the black players had to be content to do their jamming after hours in Slaughter's Hall on East 2nd Street - or "Deep Second" as it was called. Here Christian and his brothers, Hot Lips Page, Lem Johnson, Eddie Durham, Harry Smith, Hobart Banks, Little Dog, James Simpson and other early players gathered to trade ideas and try to top one another, developing on their chosen instruments.

During this period Christian learned from a variety of guitar players with whom he came into contact: Tommy Lee House, Charlie Faris, Claude Burns and Ralph "Chuck" Hamilton. Perhaps his biggest influence at this point was James "Jim Daddy" Walker, one of the stars of Clarence Love's orchestra from Kansas City. Love played Oklahoma City many times from 1933 onwards, and in their first encounters, Walker (4 years Christian's senior) gave him many a lesson in guitar mastery. Other ideas came from Eddie Durham, who Christian heard a year or so later featuring with Jimmie Lunceford's band, and playing a guitar with a resonator. By the time Walker and Christian met again in 1936, however, Christian had developed enormously and was well able to handle the older player.

Christian left Oklahoma City in 1939 at the age of 23, on the promptings of Mary Lou Williams and John Hammond, and soon joined Benny Goodman's band. Over the next 3 years he would tour across the US with Goodman, and achieve huge popularity. Recordings - both live broadcasts and in the studio (for Columbia and others) also followed. He won the Down Beat Poll for Best Jazz Guitarist in 1939, '40 and '41, and equivalent Metronome polls in 1940 and '41.