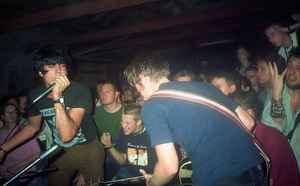 Profile:
Emotional hardcore band from San Diego, USA that existed for a few years in the mid 1990's. Their entire discography consisted of about 9 songs and all of their material was released on Three One G Records. The band also featured former members of the political hardcore band, Struggle (2) and Unbroken. After they broke up some members continued to play in The Locust.