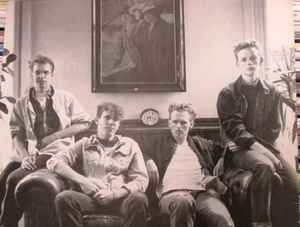 Profile:
LUL was a major underground band in late 80's and early 90's, playing some of the weirdest arty music to be made in the Netherlands to date. The band split in the 90's, but some of its members reunited in Solbakken which released several CD's and an In The Fishtanksession in cooperation with The Black Heart Procession.
LUL is an abbreviation for "Lui Uit Leeuwarden" which is Dutch for "Folks From Leeuwarden". Conveniently, LUL is also the Dutch word for dick.
Members:
Empee Holwerda, Fritz de Jong, Klaas Schippers, Sytse J. van Essen
Variations:
Viewing All | LUL
Lul, Lul.