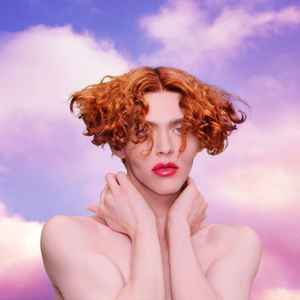 Real Name:
Sophie Xeon
Profile:
Sophie Xeon (17 September 1986 in Glasgow, Scotland – 30 January 2021 in Athens, Greece) better known mononymously as SOPHIE (stylised in all caps), was a Scottish musician, record producer, singer, songwriter, and DJ. Sophie was known for her synthesised and "hyperkinetic" take on pop music, and came to prominence with singles such as "Bipp" (2013) and "Lemonade" (2014).

Sophie died aged 34 at 4am local time on 30 January 2021 at her home in Athens, Greece following an accident. According to her UK label, Transgressive, the artist slipped and fell to her death while climbing to watch the full moon.
Sites:
msmsmsm.com, Facebook, Twitter, SoundCloud, instagram.com, Wikipedia, imdb.com
Aliases:
Samuel Long, Sophie Long (2), Sophie Xeon
In Groups:
Analemma (2)

February 23, 2021
Sophie will stay as one of the best music producers of all time.
Reply Notify me 23 Helpful

February 9, 2021
Was able to see her live a year or two ago. Pretty incredible show, it's awful she's gone. Rest easy
Reply Notify me 4 Helpful

February 6, 2021
Rest in power. Thank you for creating such a safe space for the LGBTQIA+ community. Your ability to captivate an entire room with your smile and sound will forever be praised in my mind and heart. Nothing More To Say.
Reply Notify me 5 Helpful

seriously, there may never be another like her. we have Arca still but what she did for music and LGBTQ representation is unremarkable. she had as bright a future as any artist.

really hope we see those PRODUCT LP's repressed along with Nothing More To Say in a fairly priced bundle on a much widely available scale. i need to bump SOPHIE whenever possible as much as possible. her spirit lives on through her music.

"Well, you have the possibility with electronic music to generate any texture, in theory, and any sound. So, why would any musician want to limit themselves? You should want to work with the most powerful tools you can work with. And in the past that may have been a piano or a guitar, but now I think the power of software and synthesizers is something that all musicians, I would think, would want to harness."

Whenever I think of SOPHIE, that exact quote ALWAYS comes to mind. The interview it came from meant so much to me when I first saw it. This news feels absolutely world-shattering to me because it was my entire worldview that she had a hand in influencing. Not only in music, but in life, too. She was the most empowering figure in my life and lifted me up like nobody else. I am who I am thanks to her influence...
If you are a producer, musician, artist, anything, never be afraid to be unapologetically yourself. Push yourself to your limit with your craft BECAUSE YOU CAN.

My hero, a larger-than-life persona. Thank you for everything, I'm a better person because of you.

January 31, 2021
SOPHIE's music will forever mean the world to me. i will miss you so much. a once-in-a-lifetime artist...
rest in peace. you will forever be an inspiration, and your impact on the world will continue for decades to come.
Reply Notify me 7 Helpful

January 30, 2021
what the fuck man. such an influence, such an inspiration. gone way too fucking soon. SOPHIE was a gift.
its ok to cry all
Reply Notify me 3 Helpful

January 30, 2021
Phh, What can you say? I'm heartbroken, we first found out we lost Doom earlier this month, which hurt, but this is something else... something even more personal. She was fantastic, extraordinarily gifted, powerful and somehow made the ugly, beautiful.

All of this was reflected in her personality, I saw her once about 5 years ago before her coming out. She stood there, black leather jacket, motionless, throwing out bomb after bomb, with only the occasional head bop or smile, even during tracks like 'Vroom Vroom' being dropped. It was like watching a porcelain doll, effortless, mesmerising and totally unique to watch.

The one thing I can take with me is the fact we got the Autechre remix she so desperately wanted just before she passed.
Rest in paradise.
Reply Notify me 8 Helpful

January 30, 2021
R.I.P to an absolutely fantastic artist. One of the most innovative electronic acts who wasn’t afraid to step out of her comfort zone. A true pioneer and an influence to so many. You will be missed.
Reply Notify me 4 Helpful