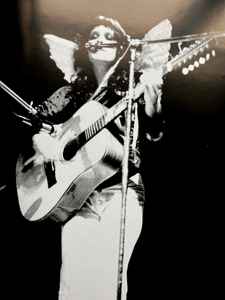 Born in São Paulo, Turnbull is daughter of a Scottish father and Brazilian mother. When she was 16 years old she moved to London, where she joined the folk group Solid British Hat Band. Returning to Brazil in 1972, she did the opening show for Os Mutantes at the Teatro Oficina in São Paulo. After that, she formed the duo As Cilibrinas do Éden with Rita Lee and participated of the Festival Phono 73. In 1973, Turnbull became guitarist and vocalist, together with Lee, in the Tutti Frutti band, with which she toured Brazil. In 1976, she formed the group Bandolim and participated in the musical "Rocky Horror Show".