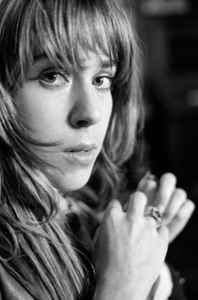 Born and raised in Millbrook, Ontario, Canada, just outside Peterborough, Serena Ryder grew up listening to old Beatles and Leonard Cohen records she found in her parents' collection. She started singing publicly as a young child, and at 13, after she received her first guitar courtesy of her father, she began to teach herself to play and a few years later she made her first demo tapes.

In 2002, when she was 18, she recorded some songs from a show she was playing in Quebec into a more official demo, which eventually made its way to CBC Radio and got Ryder an invitation to play live on air. As luck would have it, musician Hawksley Workman happened to hear the broadcast, and immediately contacted the singer at the station and invited her to record an album on his Isadora label. Backed by Workman and two other players, Ryder recorded her debut, Unlikely Emergency, which was released in 2004 and reissued in the U.S. the following year. The album did well enough to give Ryder a spot performing at the 2005 Canadian Songwriters Hall of Fame press conference, after which it was suggested she cover songs written by Canadian musicians.

If Your Memory Serves You Well, her major-label debut, a collection of 12 covers and three originals, came out in Canada in late 2006, and hit shelves in the States soon after.
-Marisa Brown, All-Music Guide (http://theband.hiof.no/albums/if_your_memory_serves_you_well.html)
Sites:
serenaryder.com, MySpace, instagram.com
In Groups:
ArtistsCAN, Young Artists For Haiti
Variations:
Viewing All | Serena Ryder
Serena