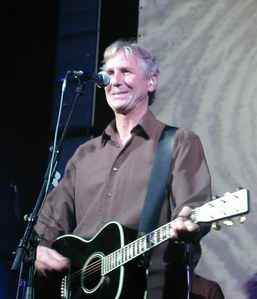 Former member of Kliche, and current lead singer in tv-2 since it's formation in 1981, and he has written and composed all of their songs.

I 1973 Brandt formed the band Taurus with Sven Gaul, Jorge Jomarrom and Benny Pedersen. Jomarrom and Pedersen left Taurus in 1975 to form the band Luna, and were replaced by Hans Eric Lerchenfeld and Georg Olesen. Lone Poulsen joined the band in 1978, but they disbanded in 1979.
Taurus published the record "Whatever happened to the sixties."
He formed The Beautifuls in the spring of 1983, together with the other members of tv-2, who published the record "Om Sommeren Er Alting Anderledes" with CBS.
Sites:
Wikipedia
In Groups:
Kliche (2), Taurus (22), The Beautifuls, tv-2
Variations:
Viewing All | Steffen Brandt
Brandt, S Brandt, S. Brandt, S.Brandt, S.brandt, Steffen, Steffen B.