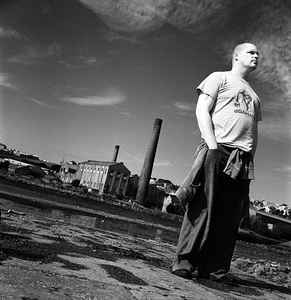 Real Name:
Chris Horne
Profile:
Christ. (with a full stop or period mark at the end) is a Scottish musician. He disclaims any religious meaning in the stage name and describes it as short for Christopher.

Christ. performs as a solo electronic music artist, often live with drummer David McGeorge, and is linked to the (also Scottish) electronic music group Boards Of Canada. Credited as Chris Horne, he was an early participant in the nebulous Hexagon Sun collective from which Boards of Canada emerged and was a collaborator with Marcus Eoin and Michael Sandison until approximately 1995. He appeared on the Boards Of Canada - Twoism album, originally issued on the Music70 label. Horne's departure was amicable and he thanks the duo on the Christ. - Pylonesque EP. issued on Benbecula Records.

Christ. has toured the UK, Europe and Japan and performed a live session for John Peel at Maida Vale studios in London on 17 December 2003. This session became notable amongst Peel's fans as being the only known occasion upon which the well-known British radio DJ requested an encore.
Sites:
Bandcamp, Facebook, Twitter, residentadvisor.net, Wikipedia
Aliases:
Arkady, Chris Horne, Liquid Chris H
Variations:
Viewing All | Christ.
Christ

October 21, 2013
Words cannot describe Christ.'s music. I find it so beautiful and unique that no other artist comes close to achieving what he does with sound. He is on another level altogether.

Christ's earlier involvement in BOC is probably creates the buzz that attracts a lot of attention to his work. But he takes the sound a much further into experiemental territory. Psychedelia soundscapes with lo-fi/digital hybrid textures, and those familiar signature triplet organ riffs to boot. Makes me wonder who coined them first, he or the other two guys from Boards? A great example of Benbecula's roster of artistry. Kudos!