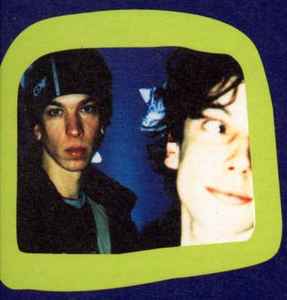 Profile:
Bentley Rhythm Ace (BRA) are a duo formed in Birmingham, England in 1995.

The band was formed in Birmingham by Richard March, formerly with the group Pop Will Eat Itself, and Mike Stokes, with guest appearances by James Atkin, a member of indie band EMF. "Both more or less penniless, they drank in the same pub and were forced to buy their records at the cheapest place possible - car boot sales".Their live drummers were Keith York and Fuzz Townshend, alongside whom March previously played in Pop Will Eat Itself.

The name probably refers to the Rhythm Ace line of analogue drum machines manufactured by Ace Tone, some of which were rebranded and distributed by Bentley Pianos in the UK.

The group epitomises the Big Beat era. Signed to Skint Records, they enjoyed commercial success with their music being used on television advertisements and having an underground following.

BRA are one of my favourites! Both LPs are great: funny sampling, bigbeat grooves, mostly with a portion of acid. The early 12"s are even better. Check 'em all!
The Reissue 2018 contains two bonus tracks already known. So, who needs this?

"Bentley Rhythm Ace (BRA) are a duo formed in Birmingham, England in 1997."

they were one of the few bands able to score chart success and master time travel.

June 27, 2002
Seen these guys play four times and seen them DJ three times. never fail to raise a smile. The loops are great, the samples stupid, and the atmosphere they create is wicked. One of my personal favorites, cann't think of anything bad to say, all I will say is if you see it buy it!!