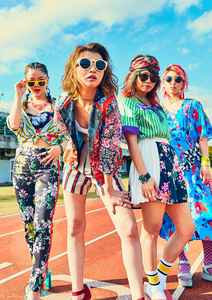 Profile:
Tokyo based all girl rock band, mixing hard rock, punk and indie rock influences. They formed in 2006, but were on a break between 2012 and 2015. In November 2021, they announced another hiatus so that vocalist Lucy could undergo treatment and surgery.