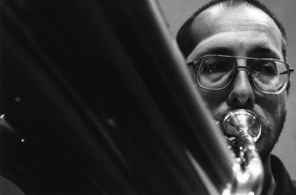 Melvyn Poore studied at the University of Birmingham, England, from 1971 to 1975, gaining a Batchelor of Music and a Master of Arts. After leaving university he remained in Birmingham for four years, working as Music Director at the Arts Lab organising concerts, music workshops and resident ensembles. He also ran a music publishing house for young British composers.

From 1979 to 1986 he worked as a freelance tubist and composer working in a wide variety of different musical situations: as soloist with and without orchestra and chamber ensembles.