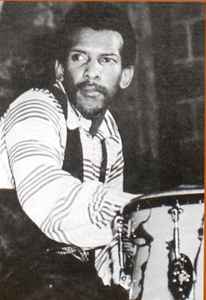 December 17, 2021
I always wonder who is the man behind percs on Curtis Works, now i know ! Great Musician !

This brother's designation as "Master" was well-earned. I think some of his best work was with Curtis Mayfield. Just listen to "Move On Up" or "Pusherman" and one can readily see that the "Master" was something special.