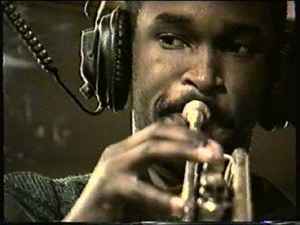 Profile:
Originally from the Caribbean trumpet & flugelhorn, computer programmer classically trained in music composition and arrangement, and an established London session player.
Colin began playing trumpet at the age of seven. By the time he was fifteen he was playing out at Ronnie Scott's Jazz Club and by his late teens had moved onwards and upwards to the dizzy heights of Wembley Stadium, sitting in with Paul Weller's The Jam.
Whilst with Brit-funk band Light Of The World, Colin was approached by managers of the then unknown George Michael to join his outfit Wham!. Colin went on to arrange and play horns on the next two Wham! albums. Winning a gold disc for his arrangement work on the hit singles "Wake Me Up Before You Go Go" and "Freedom", Colin started to explore in the field of all round music arrangement.
A graduate of The London Music Academy, Colin Graham is an experienced "live" musician and has toured the world several times over with a host of international artists.
Sites:
Facebook, osibisa.co.uk, killersongs.com
In Groups:
Bad Manners, Jazz Jamaica, Osibisa
Variations:
Viewing All | Colin Graham
C. Graham, Colin, Colin "El Mariachi" Graham, Colin "The Lip" Graham, Colin Granham, Collin Graham, Graham