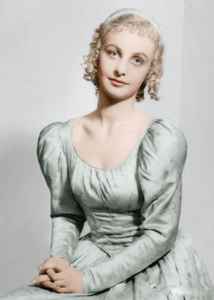 Profile:
Godela Orff-Büchtemann (1921-2013) was an actress, writer, book and audio book author, lecturer for language with music, television, radio and CD producer, and interpreter of the works of her composer father Carl Orff. Godela celebrated extraordinary stage successes as an actress. While still a student, she was entrusted with leading roles at the Bavarian State Theater in Munich. At the age of 18 she was a permanent member of this theater. In 1947 she premiered "Die Bernauerin," the Bavarian play her father wrote for her. Later, as an educator and lecturer, Godela Orff appears as narrator on many recordings from the Musica Poetica - Orff Schulwerk series.
Variations:
Viewing All | Godela Orff-Büchtemann
Godela Orff