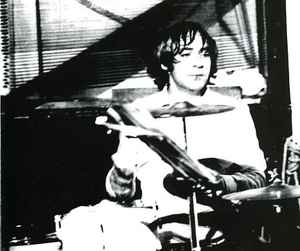 In 1959, in a TV show Jazz Memories and the episode Live from Club Saint-Germain presented by Sim Copans, we can see the thirteen year old Jacques Thollot on drums, playing the jazz standard A Night in Tunisia by Dizzy Gillespie. He is accompanied by Georges Arvanitas on piano, Robert Garcia on tenor sax, Bernard Vitet on trumpet, and Luigi Trussardi on double bass.

In the early 1960s he played in the group of pianist Jef Gilson with whom he experimented free jazz and recorded several albums. He is involved with Don Cherry's New York Total Music Company, with whom he toured all over Europe. He records his first solo album Quand Le Son Devient Aigu, Jeter La Girafe À La Mer in 1971, using the re-recording method and becomes one of the pioneers of electronic music. He appeared little in the 1980s, then formed in 1993 a trio with Jean-François Jenny-Clark and Tony Hymas which will give rise to the album A Winter's Tale. He works from 1996 with the guitarist Noël Akchoté. After several years of absence, Jacques Thollot forms a new quartet with Nathan Hanson (saxophone), Tony Hymas (piano) and Claude Tchamitchian (double bass) in the early 2010s.