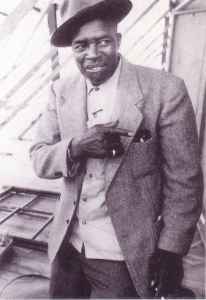 Real Name:
Nehemiah Curtis James
Profile:
Blues and gospel singer and songwriter, accomplished on guitar and piano. Known for his otherworldly voice, haunting guitar playing and falsetto singing, James contributed to some of the greatest delta blues sides ever recorded.

Raised on the Woodbine plantation just outside Betonia, Mississippi, James was drawn to music from an early age. As a child he was inspired to be a musician after he heard Henry Stuckey and Rich Griffin play a Saturday night dance party. He taught himself piano after watching a rural pianist, and developed his guitar style after Stuckey showed him how to tune his guitar to an open E minor chord.

In 1927, Okeh Records approached him about making some records, but James refused. James was finally persuaded to see H.C. Spier in February of 1931, a master talent scout who had discovered most of the greatest Mississippi bluesmen of the 1920s and early 1930s. James played a little bit of "Devil Got My Woman," and Spier was convinced. The next day he presented the singer with a contract and a train ticket to Grafton, Wisconsin, where Paramount Records had a studio. James apparently recorded 18 tunes, though he would later remember performing 26 songs.

Not long after his recording session, James met his father again for the first time since his childhood. The senior James was a Baptist minister, and asked Skip to go to Dallas to attend his divinity school and study for the ministry. James accepted the invitation. The most serious implication of his new-found religion was relinquishing the blues, which was considered the Devil's music. H.C. Spier again approached James in 1932 about recording for Victor Records, but James refused.

In 1948 James quit a job with a mining company in Birmingham and returned to Betonia, planning to resume his blues career, but the African American population in Mississippi was dwindling and tastes in blues had changed, as well. He was only able to play an occasional party in town, and eventually vanished. Biographer Stephen Calt speculated that James' nickname may have had its roots in his criminal activities as he claimed that James often had to "skip" town in a hurry.

It was not until 1964 that blues enthusiasts Bill Barth, John Fahey, and Henry Vestine located James in Tunica, Arkansas, where he lay in a hospital suffering from cancer. Finally coaxed back to performing, his first public appearance was the Newport Folk Festival that year. James frequently refused offers to be recorded and embraced his rediscovery in the 1960s only halfheartedly.

In constant pain from cancer, James was unable to record at first, despite interest from various record companies. In July of 1965, he received $200 for a session for Melodeon, which later that year resulted in his first album Greatest Of The Delta Blues Singers. He would later record two LPs for Vanguard, Skip James Today! and Devil Got My Woman.

During the last four years of his life he occasionally played gigs at coffeehouses up and down the northeast coast. But his unrelentingly depressing music made the clubs loathe to book him, and his records were not particularly successful.

Living in Philadelphia with his third wife, James was chronically broke during his last years, until the group Cream (2) recorded "I'm So Glad" and included James' songwriter's credit.