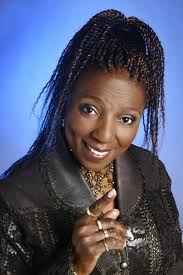 Real Name:
Mara Teboho Louw
Profile:
Mara Teboho Louw was born in July 1952 in Mzimhlophe, Soweto.Like many of our powerful voices she started singing in church choir.Some of her first awards was for best alto soloist while in Wilbur Baqwa's Wilbur Music Group.Versatile Mara also acted in Gibson Kent's Sikhalo and in 1970 she joined the musical Meropa which toured Japan,Hong Kong.Britain and the Philippines.While in London with the musical,she had the honour to perform for the Queen.She went solo in 1976 and performed in countries like former South West Africa (Namibia) in cabaret.She also had a lead role in the musical "African Odyssey".When American joe Walker revived King Kong in 1979,she played the leading role.She also toured the former protectorates in cabaret and played the role of "Tituba in The Crucible".Other musicals she featured in included "Ekhaya,Nkosi The Healing Song"."My Name Is Alice", Baby Come Duze,Fame and Best Little Whorehouse In Texas.Mara enthralled crowds at the "Concert In The Park" with the hit "Motlalepula",which was later included in the album of the event.In 1984 Radio Zulu (Ukhozi FM) and Radio Sesotho (Lesedi Fm) nominated her for the best Singer category in their music awards.Her 1986 mini-album "50 50 Makes 100%" featured the title track and "Love Train" produced Mally Watson on CCP's Flame label.Amongst the many albums she featured on as backing vocalist is Hugh Masekela's "Waiting For The Rain" (Vuka Africa,1985).
Variations:
Viewing All | Mara Louw
Mara, Mara Louw-Thompson